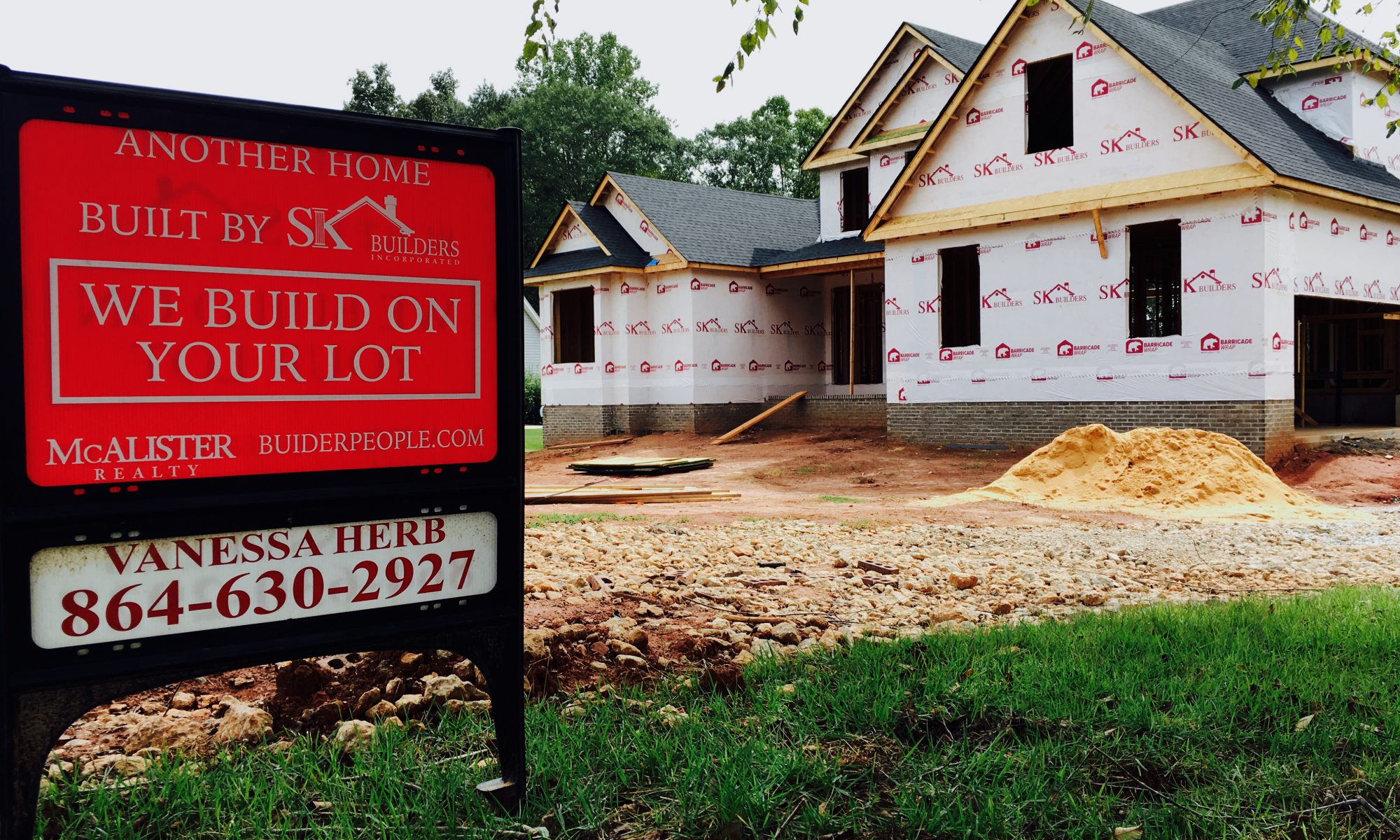 We did our daily drive-by the house at lunch and after work yesterday to grab some pictures of the roofing progress. By the end of the day yesterday the roof was just about complete. It looks like the metal accents that will go above the garage, office, and upper bedroom overhangs are all that’s left to install.

Our new home consultant, Vanessa, was actually on site during our afternoon visit. She was checking on the build progress and putting her “build on your own lot” realtor sign out at the front of the yard.  She let us know that the plumber would be on site in the next couple of days to start the plumbing work and suggested we mark where we wanted our outside hose bibbs installed.

We also coordinated a time and date to meet with the electrician next week in order to go over details like having conduit added for future network cable runs and placement of electrical outlets.

Unfortunately, while our windows were ordered over three weeks ago, it sounds like it could be another few weeks before they are delivered and installed.  Apparently the recent construction boom in the area has the window business considerably backed up. This is one of the many reasons we decided to build now instead of waiting 3-5 years like we had originally planned. The housing market has been super hot the last couple years and it’s to the point now where the cost to build is beginning to increase. Thankfully we went under contract when we did because in just 6 short months, the very same house would have cost us considerably more to build! 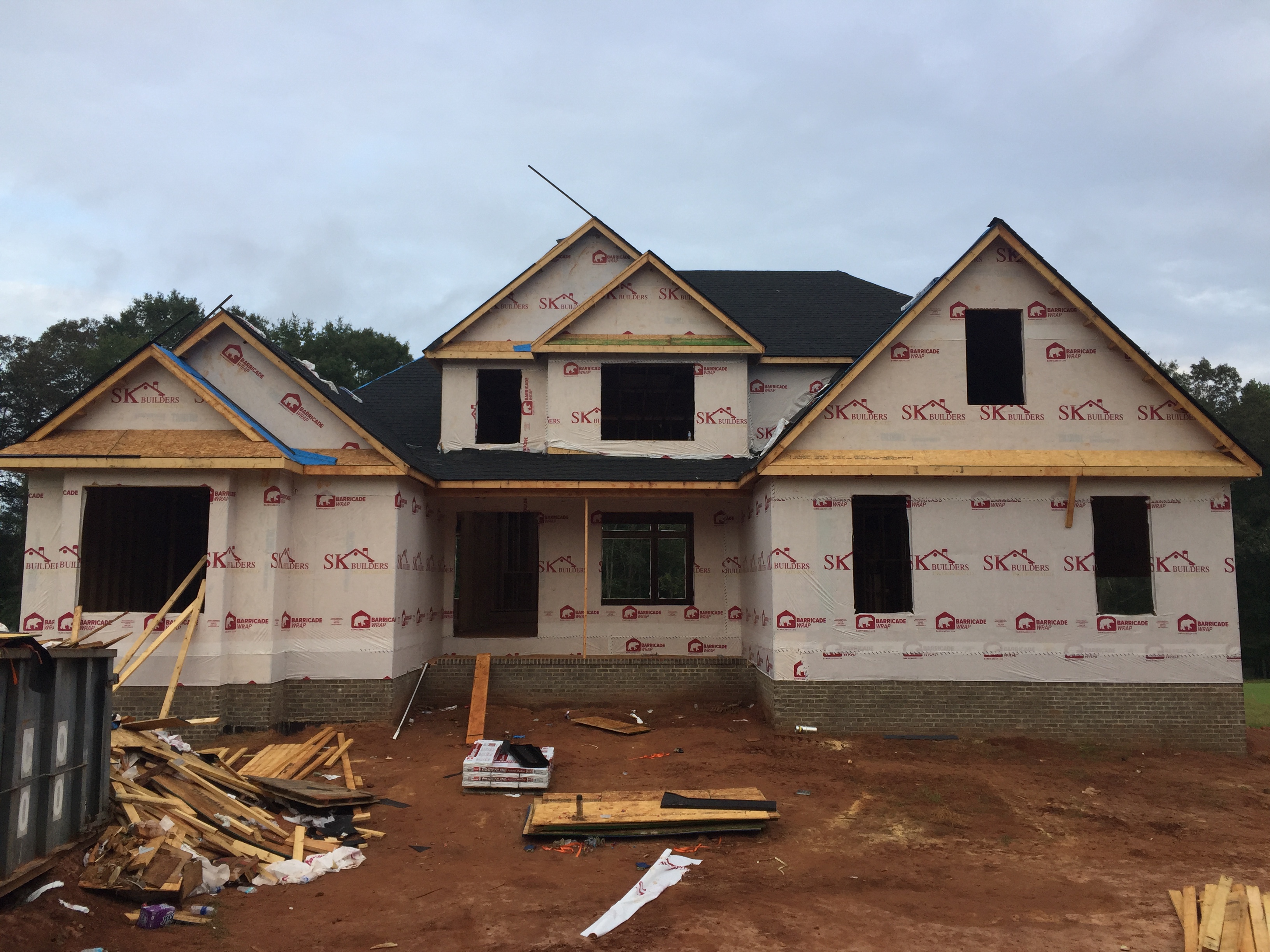 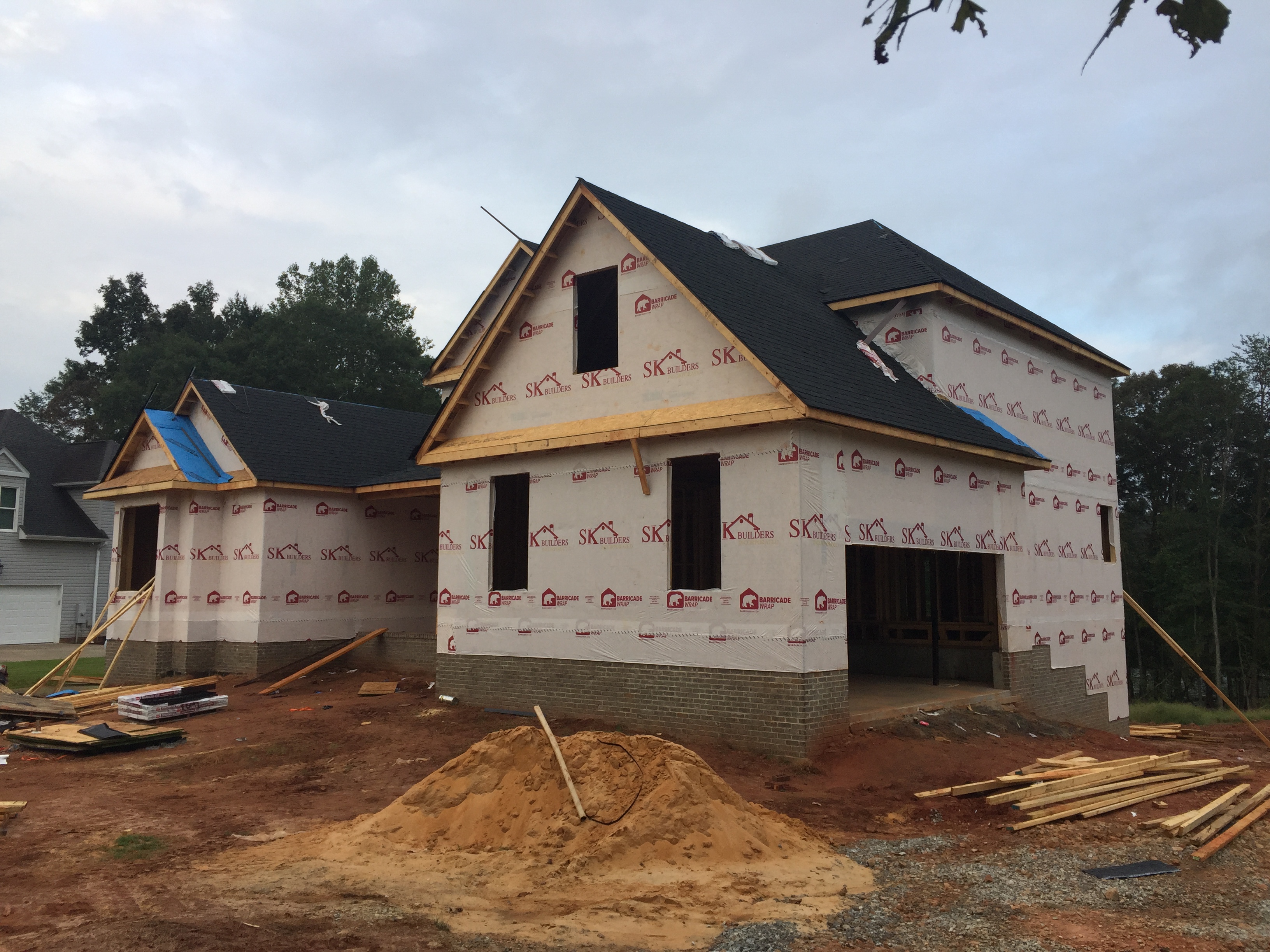 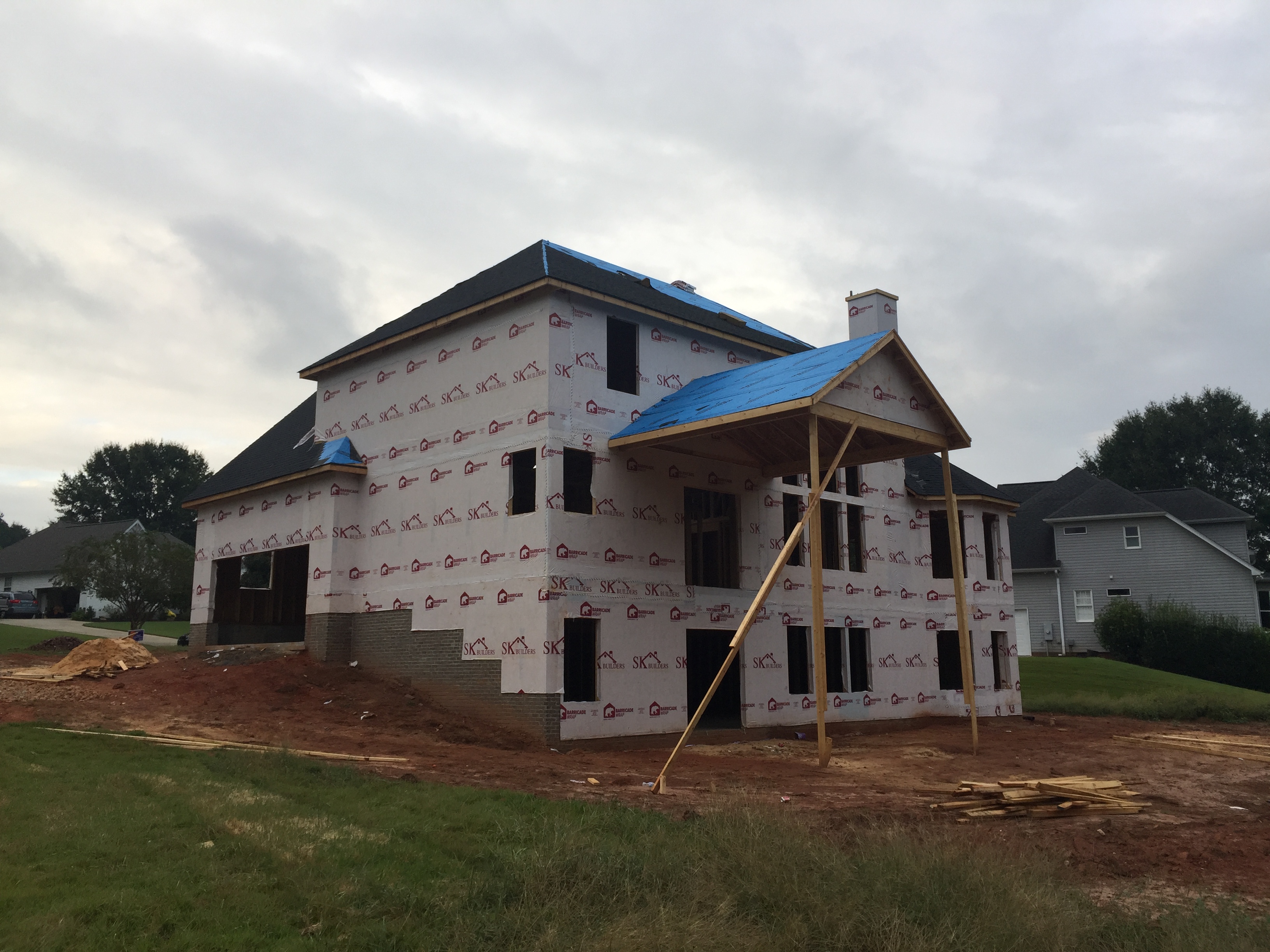 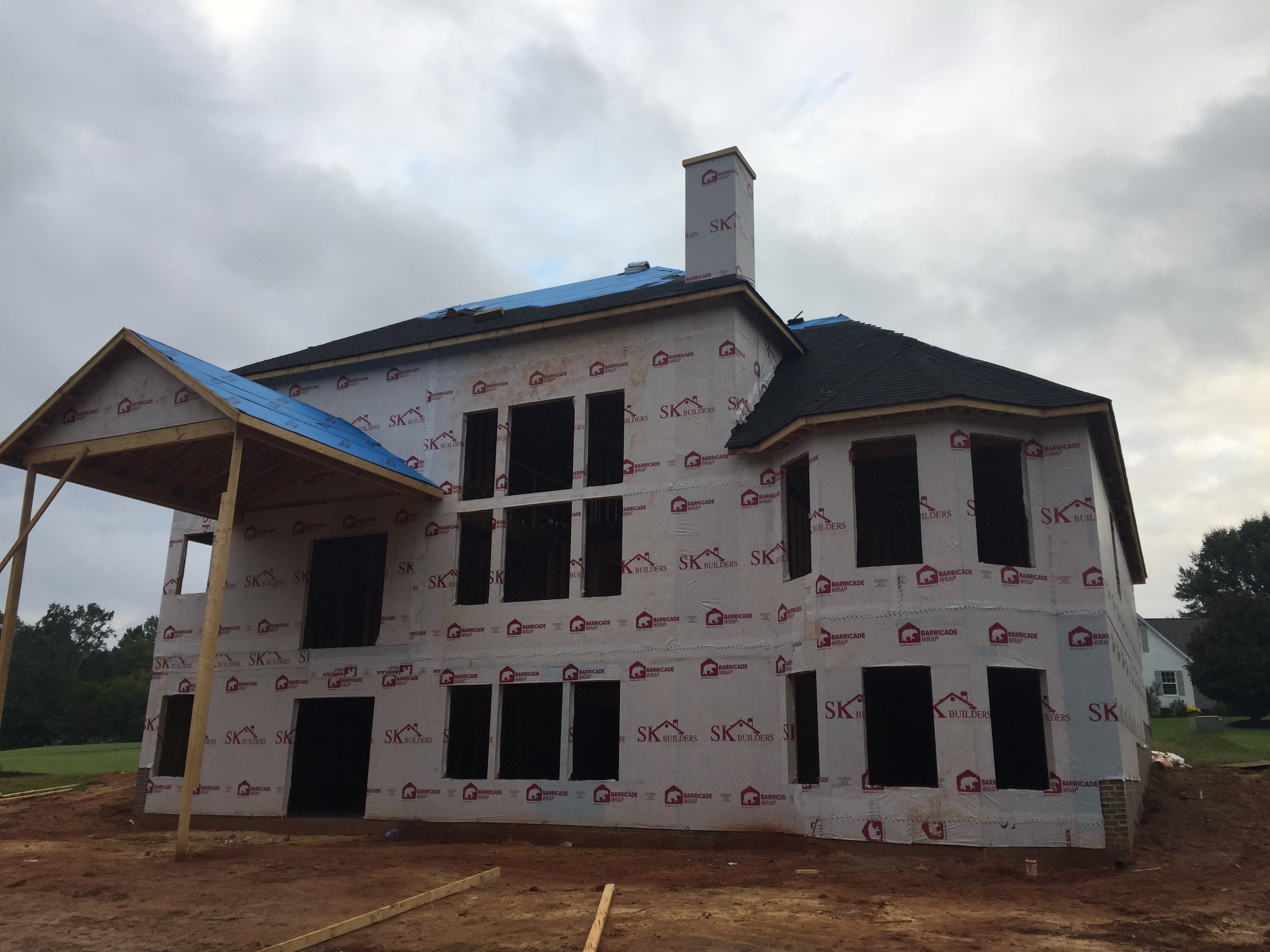 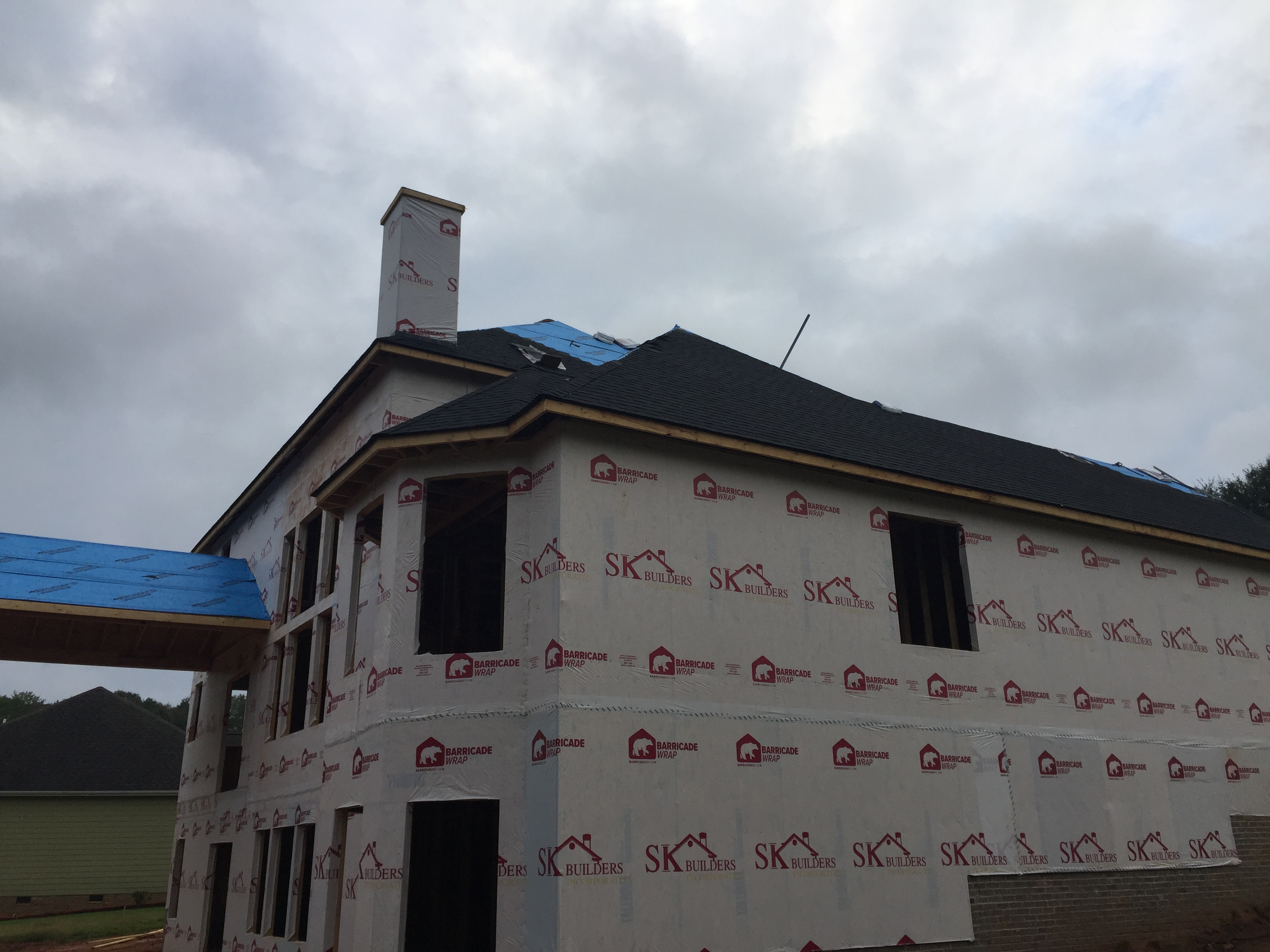 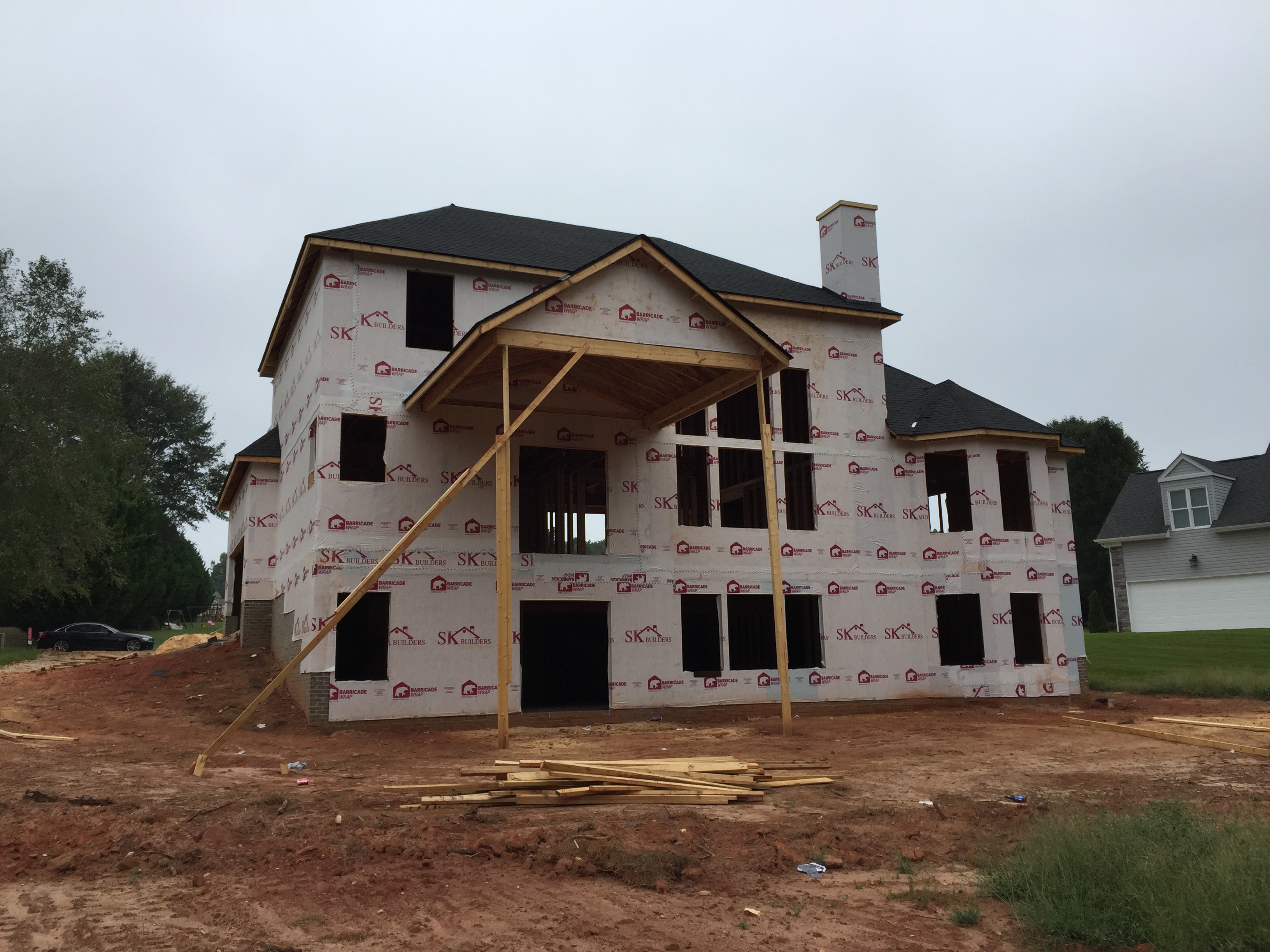 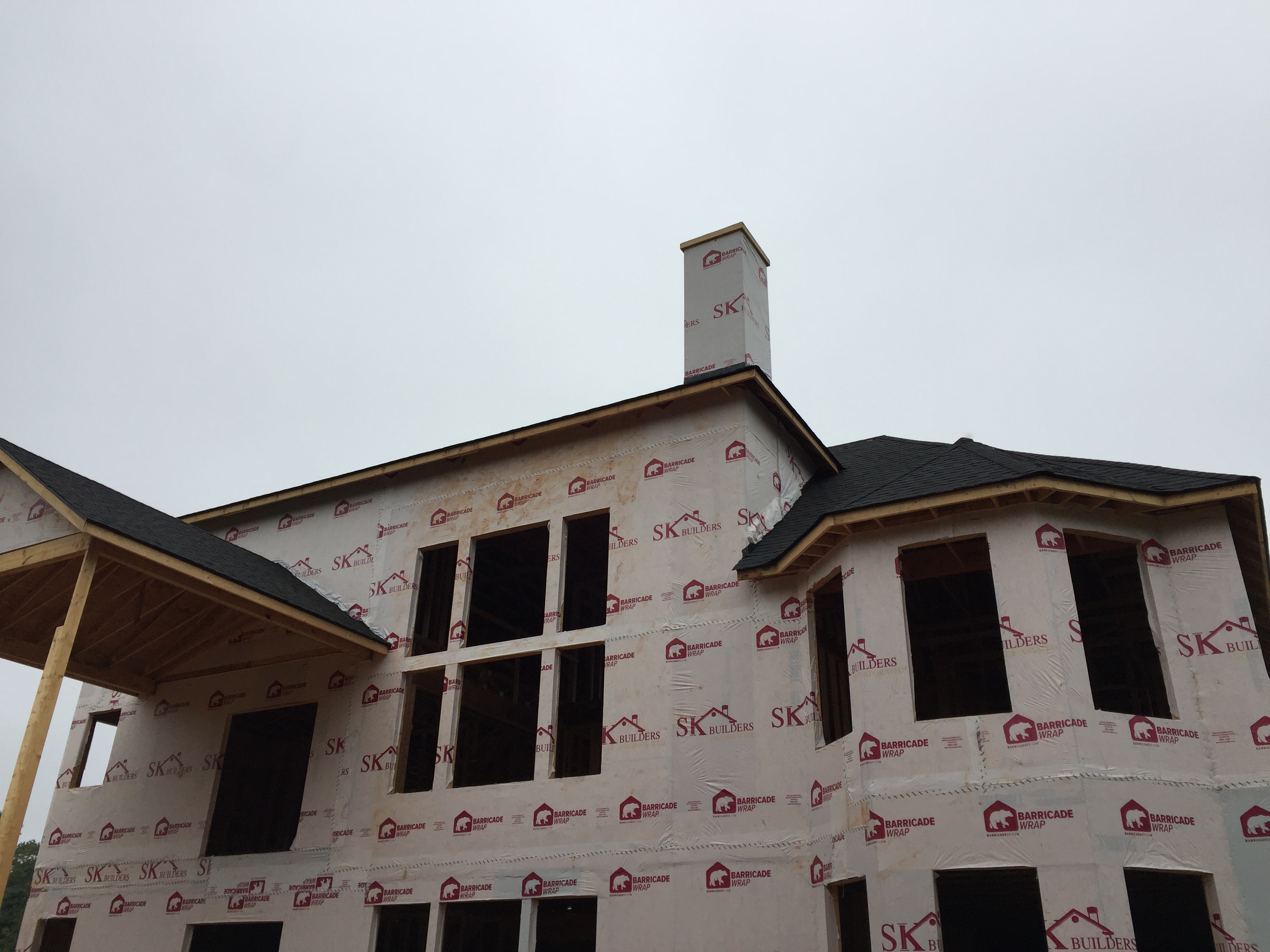 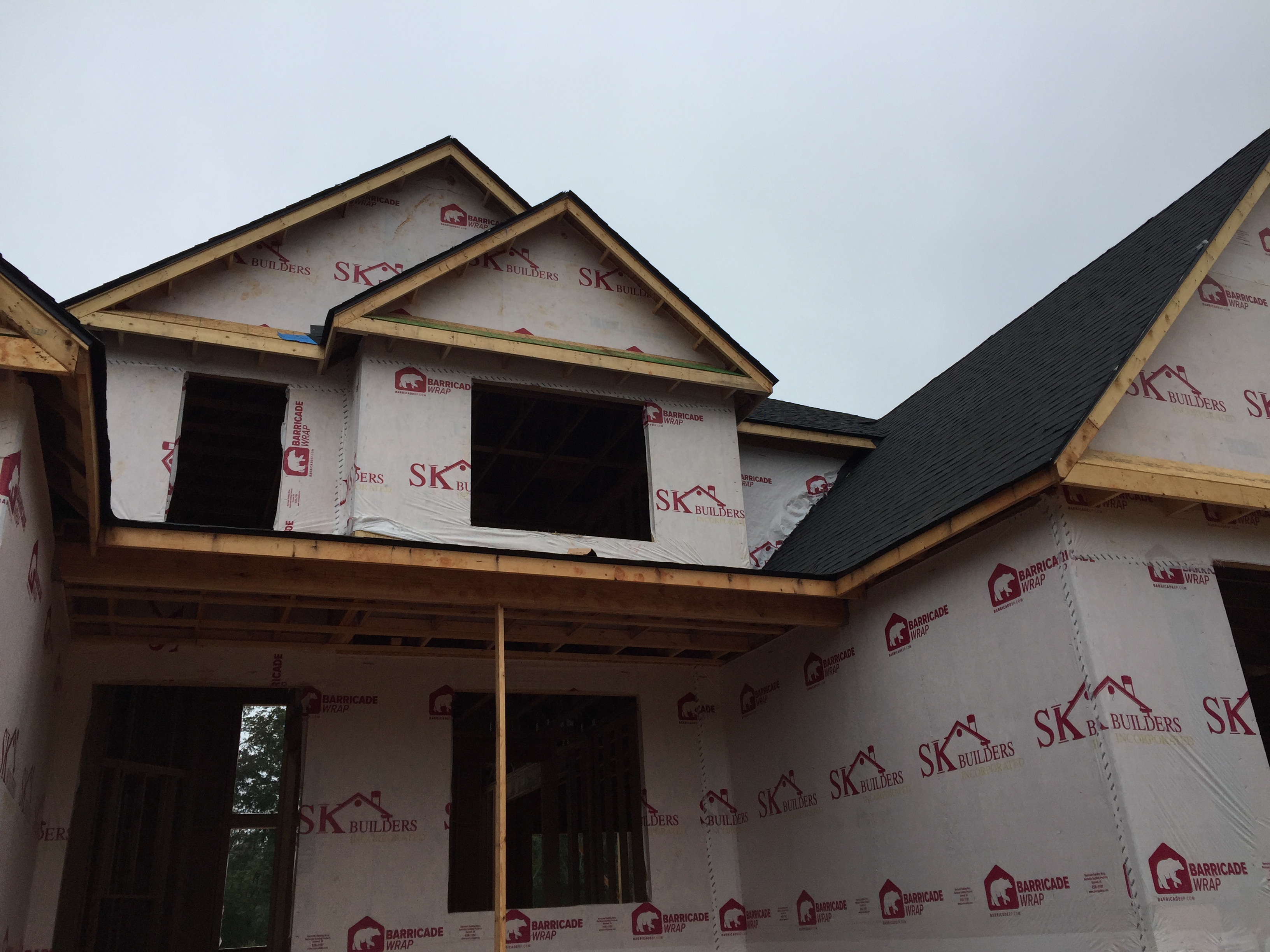 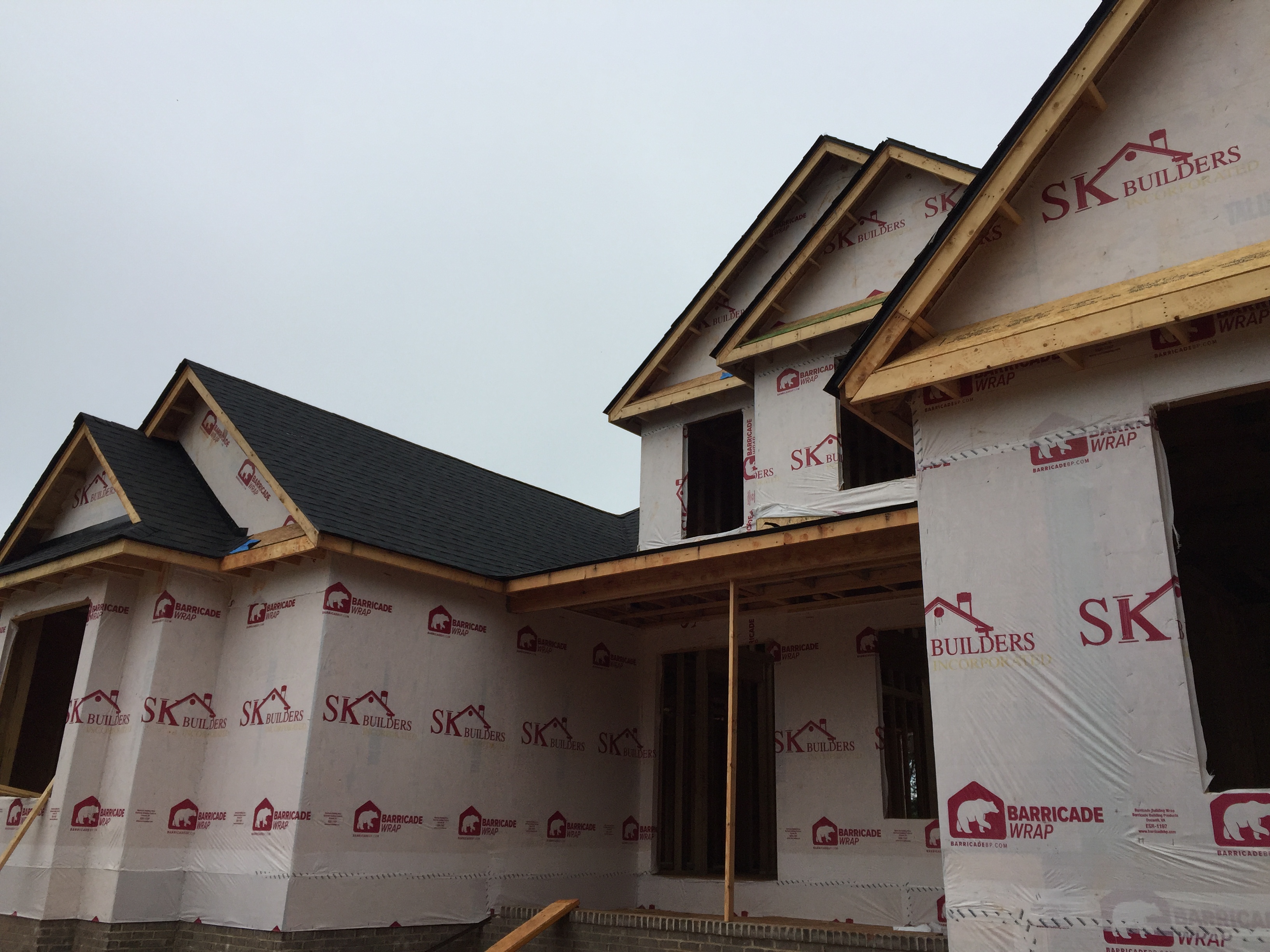 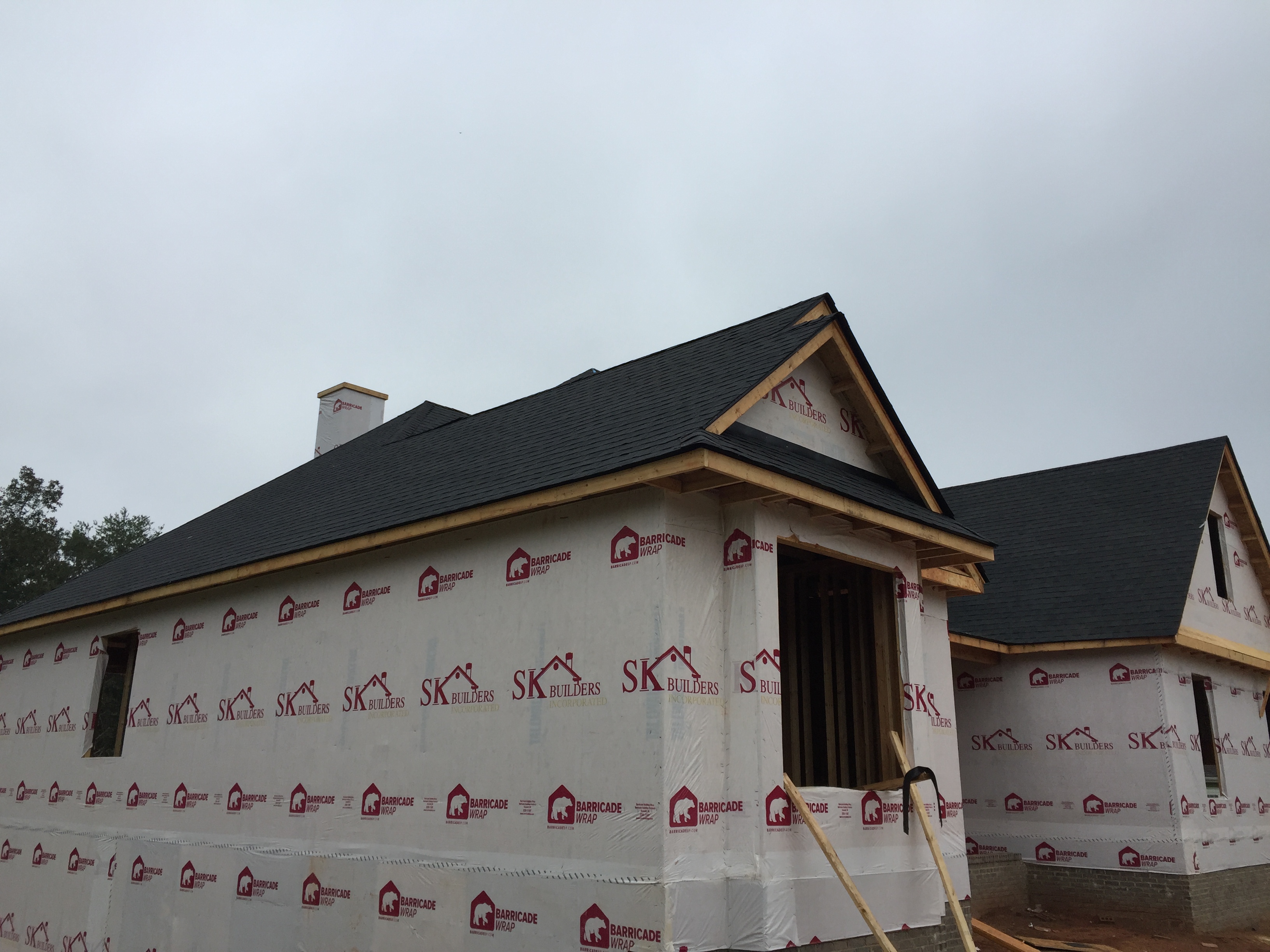